Living only in bodies of freshwater, the Amazonian Manatee is generally found in lakes and lagoons. They tend to find them off of the branches of larger rivers. This allows them the ability to move back and forth between the access points when they need to find plenty of plant life to feed upon. They have been identified all along the Amazon River Basin.

This species of manatee is more brown in color than it is gray. They also feature skin that is very wrinkled. It is often compared to that of a elephant. In earlier times it was believed that they were sea gods and very old due to the wrinkles on their skin. However, it is now known that this is just a physical characteristic of this species of manatee.

A concern for the Amazonian Manatee though is that they do live in these smaller bodies of water. Many of them can dry up and leave the manatees with no feasible way for them to connect again to the larger bodies of water. As the issue of global warming continues to be a concern, it is noted that is partially responsible for this situation occurring.

The eating habits of the Amazonian Manatee are very different than those of other species. There is a rainy season that will allow the types of plants that they feed on to grow rapidly. They will take advantage of this and during a single day they can eat 9 to 15 kg.

During this part of the year they are going to eat much more than they normally do. They also have the ability to fast for weeks or months during the dry season why food is scarce. This is an adaptation that has proven to be key to their survival. They can make it without food but not without enough water to move around in.

Even so, it is still common for the Amazonian Manatee to starve to death. When the soil out there erodes it means that new plant life can’t grow. This means it becomes harder and harder for them to be able to find enough food to survive on. Humans continue to make it worse due to the process of deforestation. 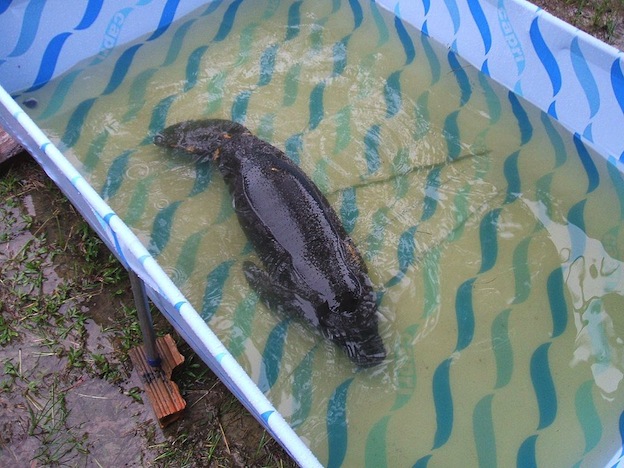 Like most other manatee, the Amazonian are mainly loners or females with their young. However, they do seem to gather in groups of 4 or 8 during the dry season. Experts believe it is because they aren’t eating. Normally eating consumes at least 8 hours a day for them. With that additional free time they choose to communicate with others and to play games.

While the Amazonian Manatees can mate at any time of the year, January and June seem to be the most common times of the year when they have their offspring. Since the gestation period is approximately 13 months it is obvious those are months when these animals feel the need to mate.

Humans are a huge threat to the Amazonian Manatee. They have been heavily hunted both for their meat and for commercial hunters that are looking for a thrill. They also suffer from being captured in fishing nets and devices. Even those that get free often suffer from injuries that they don’t recover from.

The future is uncertain for the Amazonian Manatee due to declined numbers, problems with their natural habitat, and the slow process of benefiting from conservation efforts. Hopefully enough positive changes will be done now that are going to help them to survive. Drastic interventions though have to be orchestrated if the Amazonian Manatee is going to survive even the next century.